Paigah is a family in the senior aristocracy of Hyderabad State, who were associated with ruling Nizam since its inception.[1] and each maintained his own court, individual palaces, and a standing army of about fourteen thousand troops, both infantry and cavalry.

Sir Vicar-ul-Umra, a Paigah nobleman who also served as the Prime Minister of Hyderabad presented the Falaknuma palace to the sixth Nizam, Mir Mahbub Ali Khan, in 1897-98, as Nazar (offering).

The word Paigah, which means pomp and rank in Persian, was a title given by the second Nizam of Hyderabad to Nawab Abul Fateh Taig Jung Bahadur in appreciation of the royal services rendered by him. The Nawab was also conferred with the title of Shams-ul-Umra, and he became the founder of the Paigah family.[2][3]

Shaikh Muhammad Bahauddin who was Governor of Shikohabad under Mughal Emperor Aurangzeb was the twelfth direct descendant of Shaikh Fariduddin Ganjshakar a saint of Indian subcontinent-(now Punjab, Pakistan), whose linage is traced up to Hazrath Omar bin Al-Khattab-the second Caliph of Islam.

Abul Khair Khan son of Shaikh Muhammad Bahauddin was in the service of Mughal Emperor Muhammad Shah, it was during those time when he was bestowed the title of Khan Bahadur, Abul Khair Khan's statesmanship was noticed by Nizam-ul-Mulk-(the then Prime Minister of Mughal, and later founded Asaf Jahi dynasty and known as Nizam I) he was appointed as Deputy Governor of Malwa and Khandesh, he joined Nizam on his way to Deccan and accompanied him in the battles against Maratha. During Nizam I campaign to Delhi in the process to negotiate and stop Nadir Shah, Khan safeguarded his Nizamat in Deccan and overthrow rebellion by his Son Salabat Jung. During his career under Nizam I; he was appointed as Qila Dar of Dhar-1724, Faujdar of Nabinagar, Mandu-1724, and later elevated up to Naib Subadar-Deputy Governor Khandesh and Aurangabad. He died in 1952 and was buried in Burhanpur. His titles are Khan Bahadur, Shamsher Bahadur, and Imam Jang I. Abul Khair Khan had two sons, his first Abul Barakat Khan Imam Jung II was shot to death during lifetime of his father while inspecting the fort near Poona, which was captured from Maratha, he is buried in Burhanpur. his second son Abul Fateh Khan joins the services of Nizam II and being regarded as the head of Paigah.[4]

After Abul Fateh's death in 1791, his son Fakhruddin Khan inherited the estates and titles. He was given the title Amir-e-Kabir, which meant Head of the Nobles. He also married the daughter of Asaf Jah II, Sahebzadi Bashirunissa Begum in 1797. Thus began the tradition of marrying the Nizam's daughters to young men of the Paigah family.

Bashir Yar Jung, a grandson of Viqar-ul-Umra married Saleha Sultan, the daughter of Sajida Sultan and Iftikhar Ali Khan Pataudi. Their son Saad Bin Jung is a member of the Paigah family as well as Pataudi Royal Family.

The Falaknuma Palace in Hyderabad 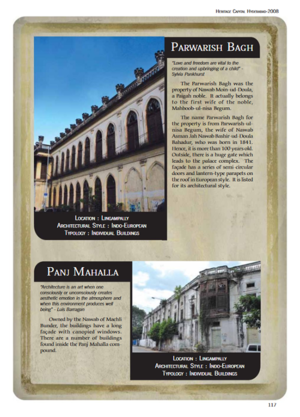 One of the graves at the Paigah Tombs

Note: The family tree only covers some notable members. There are hundreds of members

The bond between the Nizams and the Paigah nobility strengthened with the marriage of Abul Fatah Khan’s son Fakhruddin Khan with the daughter of Mir Nizam Ali Khan, Asaf Jah II, Sahebzadi Bashirunissa Begum in 1797. Henceforth, Fakhruddin Khan’s descendants married daughters of other Nizams and consequently, in protocol, the Paigah's were considered next only to the Nizams. The Paigah jagir was the largest in the state, second only to the Nizam.

The Paigah nobility, being sons-in-law and brothers-in-law to the Nizams, were to a certain extent above the law. The local police and courts did not have personal or in rem jurisdiction over their persons or property. They were subject only to the jurisdiction of the Nizam.

The Paigah Tombs are the tombs belonging to the nobility of Paigah family. They were constructed over a period of time during the 18th, 19th and 20th centuries. They are located at the Santoshnagar locality of Hyderabad. The tombs are made out of lime and mortar with beautiful inlaid marble carvings.[6]

The Paigah noblemen were known for their residences, usually known as Devdis.[7]

Sir Vicar-ul-Umra, the Paigah Amir (noble) and the then prime minister of Hyderabad state 1894–1901 (also officiated as prime minister in 1893) presented Falaknuma palace in 1897, easily one of the most opulent palaces in the country to the sixth Nizam, Mir Mahbub Ali Khan.

Other important Paigah Palaces were: