Wazir Khan served as the head of Arbab-e-Nishat (Music Department of Rampur State) during the period of Nawab Hamid Ali Khan of Rampur.[1] He was also an excellent playwright who established the Rampur theatre in the building of club Ghar in Rampur.

Wazir Khan was born in the former Rampur State to Ameer Khan Beenkar.[2] He was the descendant of Naubat Khan and Hussaini (Tansen's daughter).[3]Besides music, Wazir Khan's interests spanned many fields and areas. He was also a professional playwright, poet, published author, painter, passionate photographer, and a well-practiced calligrapher. Primarily he used to do Calligraphy in Arabic and Persian.In poetry he was the student of Daagh Dehlvi. As a Musicologist he wrote the Risala Mausibi. In addition, Wazir Khan was proficient in many languages, such as Arabic, Persian, Urdu, Hindi, Bangla, Marathi and Gujarati

All the Naubat Khanis were fond of good food. They were able to develop their own cuisine. Rice preparations were included in their meals and Kabab featured regularly. Rakabdars from the court of Awadh were employed in their kitchens.

It was said that if anyone from this family doesn't take Dessert after each meal than he is not a Naubat Khani.

The preparation at their kitchens were so rich in Ingredients that once Nawab Hamid Ali Khan said that if this family was not fond of such good food they could have houses made of Gold and silver.[4]

Wazir Khan (centre) with other musicians

Wazir Khan lived like a prince and it was not easy for a commoner to approach the musician directly. Alauddin was quite desperate to become his disciple and it is said that one day he threw himself in front of the Nawab's vehicle.[8] The Nawab of Rampur was pleased with Alauddin's perseverance so he sent the vehicle to fetch Wazir Khan and Alauddin was made the disciple of Wazir Khan. Wazir Khan taught Alauddin nothing for two years and only began to teach him when he came to know about the hardships Alauddin's wife was facing at home.[9] 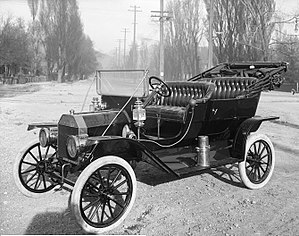