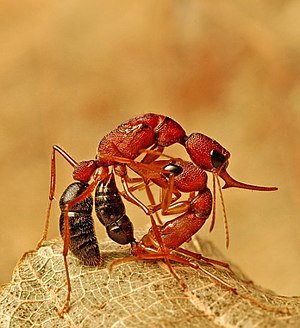 Kalyan Varma is a Bangalore based Natural history filmmaker, photographer and conservationist.[1] He is one of the founders of Peepli Project;[2] co-director of Nature InFocus nature and wildlife festival; founding member of India Nature Watch. He currently freelances with the BBC Natural History, Netflix, Discovery Channel and National Geographic Channel (India), and also works with grassroots NGOs like Nature Conservation Foundation to highlight environmental issues in India. He is a recipient of the Carl Zeiss Wildlife Conservation Award.

Kalyan studied mechanical engineering from P.E.S. Institute of Technology, Bangalore South Campus and right after joined Yahoo! in 2001. He headed the security division of Yahoo and at that time was active in open-source software and Linux communities in India and was active in pushing these technologies in the society. He was one of the core members of the annual conference FOSS.IN. He won the superstar award in Yahoo, given to ten employees globally each year. At the end of 2004 he quit his job in order to pursue nature photography. He worked in Biligiriranga Hills for more than a year before he took up full time wildlife photography and filmmaking as a profession.

Kalyan is involved in fostering community among photographers and wildlife conservationists since his early years.

In 2004 he, along with a team of photographers, founded India Nature watch, an online community which now has become the largest platform for wildlife photographers in Asia.[3] This community was involved in pushing conservation of wildlife in India via visual media.

In 2015, he co-founded the slow-journalism initiative the Peepli project, which delves deep into the unreported, under-reported, themes that public discourse currently abdicates. Kalyan undertook a year long project to document human-elephant conflict in Karnataka.[4]

He is one of the co-founders of Nature InFocus, an annual festival, portal, contest and a documentary production company which is one of the largest in the world, focussed on nature photography and conservation.[5]

Kalyan is best known for directing and producing the film Wild Karnataka which was the first nature film to be released in Cinema in India and was produced by a team of natural history filmmakers.