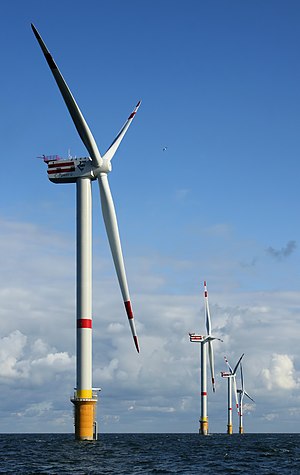 Engineering is the use of science and math to design or make things. People who do engineering are called engineers. They learn engineering at a college or university. Engineers usually design or build things. Some engineers also use their skills to solve technical problems. There are different types of engineers that design everything from computers and buildings to watches and websites. People have been engineering things for thousands of years.

Engineering is a big subject. Here are a few of the many types of engineers:

Engineers do not only work with machines. They also work a lot with other people.[1] Many engineering projects are large and very complicated. Often different kinds of engineers work together and help each other. As an example, computer engineers need help from electrical engineers to build a computer. The computer needs programs written by software engineers. The computer could be used by aerospace engineers to control an airplane. An airplane is a big mechanical system with many parts, so a mechanical engineer and a systems engineer are also needed.

Most (but not all) engineers have had years of training. Much of their training involves working within a limited budget and materials.

In the United States, most engineers go to a college or university to get an engineering degree. Most people go to school for four years to get a bachelor's degree in engineering. A Master's Degree is an advanced degree, usually requiring two more years of study after the Bachelors. A person with a master's degree is eligible to enter a Doctoral program in engineering. A graduate of a Doctoral program is awarded a Doctor of Philosophy degree, which is commonly called a PhD. A PhD in engineering requires three or four years of study after a master's degree, and includes the completion of a long research report called a dissertation. After having gained enough work experience, one can sit for their Professional Engineer's (PE) License, reinforcing their demonstrated proficiency in their specialty.